One of the most common mistakes couples make is not discussing how they plan to handle money and finances during their marriage. If your marriage ends, whether by death or divorce, the law of the state or country where you are living determines what happens with your estate. Having a premarital agreement allows you and your future or current spouse to define how you will handle finances during marriage, and when your marriage ends, either by death or divorce. Having a clear understanding of each spouse’s expectations about marital finances is a cornerstone of long and happy marriages. Not having a clear, mutual understanding about finances can increase the chance of a divorce.

One of the factors in enforcing an agreement is how close to the marriage the document was finalized. If there isn’t a lot of time between the signing of the agreement and the marriage, then more questions are raised. Parties take the risk that the agreement will not be enforceable later if they don’t take care to plan ahead.

An attorney should always be consulted if you think you need a pre- or postmarital agreement drafted. We can help evaluate what you should consider and whether your agreement would be enforceable under California law. At Fink Family Law we can help you determine if an agreement is appropriate for your circumstances.

Things to think about

Cohabitation agreements are used by unmarried parties to clarify and define any financial agreements or understandings, or to ensure that no such agreements or understandings are created inadvertently by the couple’s actions during the relationship. The laws are quite specific for married couples when the marriage ends, but the law does not clearly define property rights for those in relationship but who are not legally married.

Because of the lack of specific legal protections under the law, unmarried couples who want to protect or preserve their rights to certain property, such as a home, or who wish to define specific financial agreements and understandings, are advised to consider cohabitation agreements. This is especially important so that there are fewer disagreements (and less chance of litigation) in the event you ever separate.

Talk to your partner! 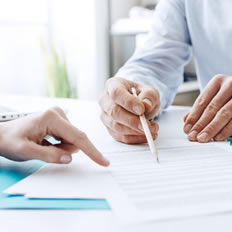